Ever since Pinotage first came into being in 1925, the indigenous variety has had a compelling and colourful story to tell. With Pinotage Day coming up on the 10th October, Pinotage devotees around the world are preparing to proudly celebrate 95 exciting years of savouring South Africa’s signature grape.

For those new to this mightily bold variety, the famed story goes that the cultivar is the unexpected result of a crossing between two grape varieties, namely Pinot Noir and Cinsaut, by a Stellenbosch professor named Abraham Perold. Pinot Noir is a thin-skinned, delicate grape, renowned for its use in the great wines of Burgundy, while Cinsaut (also known in South Africa as Hermitage since the turn of the 20th century) is a hardier grape, resistant to hot climates and dry growing conditions. Legend has it that this unusual crossing was accidental, as apparently Perold actually forgot about the four crossed seedlings planted in his garden when he left his position as the first Professor of Viticulture at the University of Stellenbosch. Luckily, the seedlings were soon rescued by a young lecturer, Dr Charlie Niehaus, before any harm could come to them. In due course, these seedlings became the first-ever cultivation of the Pinotage vines we see today.

In a strange twist, Perold’s creation was so productive that local producers started planting the fruitful vine in abundant quantities across the Cape. Yet, being a newcomer to the vineyards, Pinotage spent most of the 1980s and 1990s as a largely misunderstood varietal. Thankfully, through careful refinement, better site planting and expertise from South Africa’s dedicated winemakers, the bold and mighty grape has finally arrived under the spotlight.

Today, styles of Pinotage range from light, fruity and easy-drinking to oakier, beautifully matured flavour profiles. While each offering has wonderfully unique characteristics, overall Pinotage is a wine suited to any time of year. Enjoy it slightly chilled in the summer, served alongside your poolside barbeque, or pair it with heartier fare in winter, specifically short ribs, hot lamb curry or sticky pork ribs. 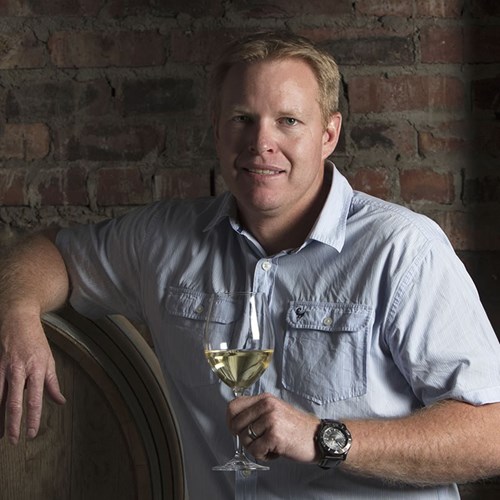 His favourite part is seeing a fruit being converted into something unique, such as wine, which is enjoyed by thousands of people worldwide. He enjoys spending time with his wife, Kathryn, and two Jack Russels. He also loves sports, and when not working you will find him playing cricket, golf or running. Ryan gained experience in Champagne, Germany and at a local cellar that will make him a priceless addition to our team.